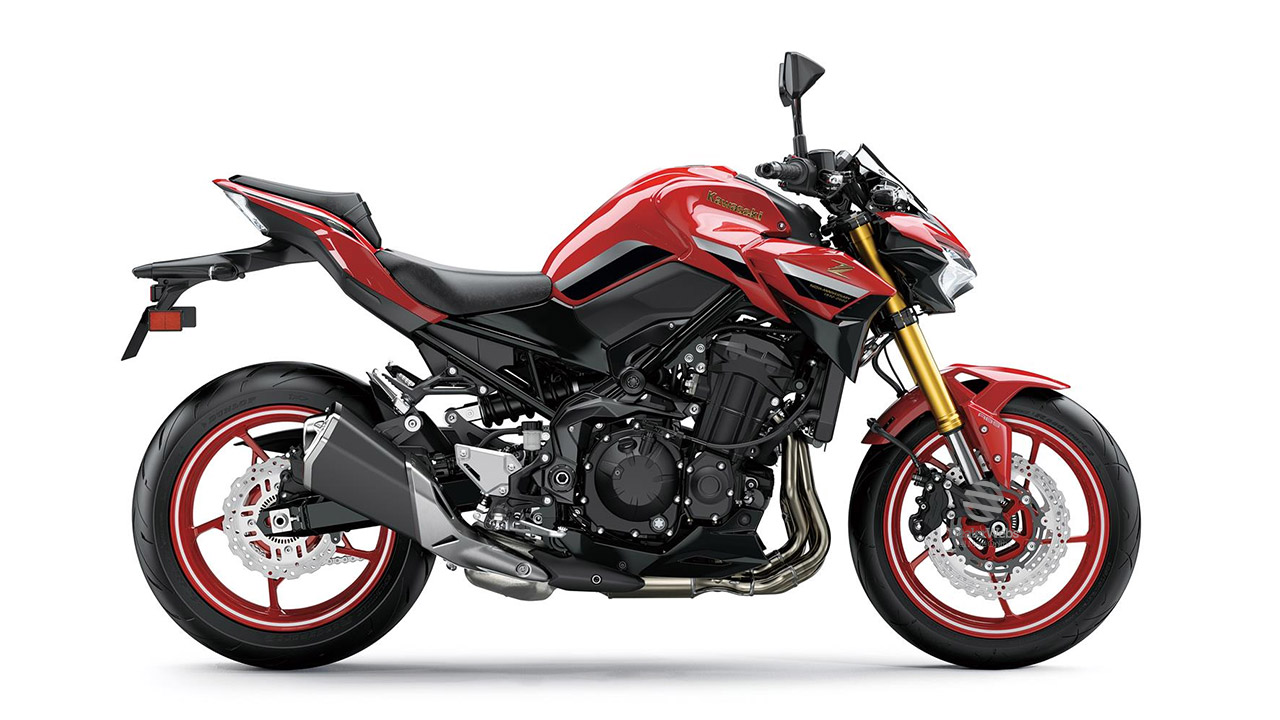 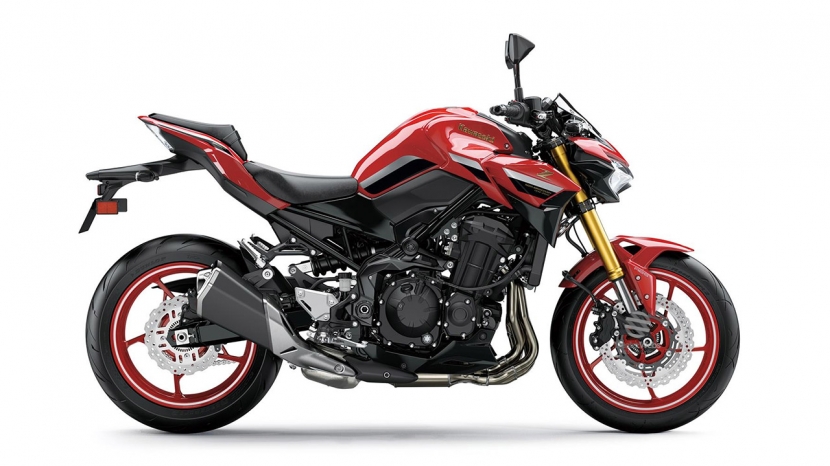 Red wheels with silver pinstripes, specially blended vivid red paint evocative of the Z-GP 1980’s bikes and dark blue graphics with silver highlights mark out the Z900 50th Anniversary Edition as something very special. Going for gold, the fork outer tubes radiate quality while the Z emblem and Kawasaki logo are also gold accented. It all started in 1972 with the Z1 900. Now you can invest in Kawasaki heritage thanks to this unique Z900. 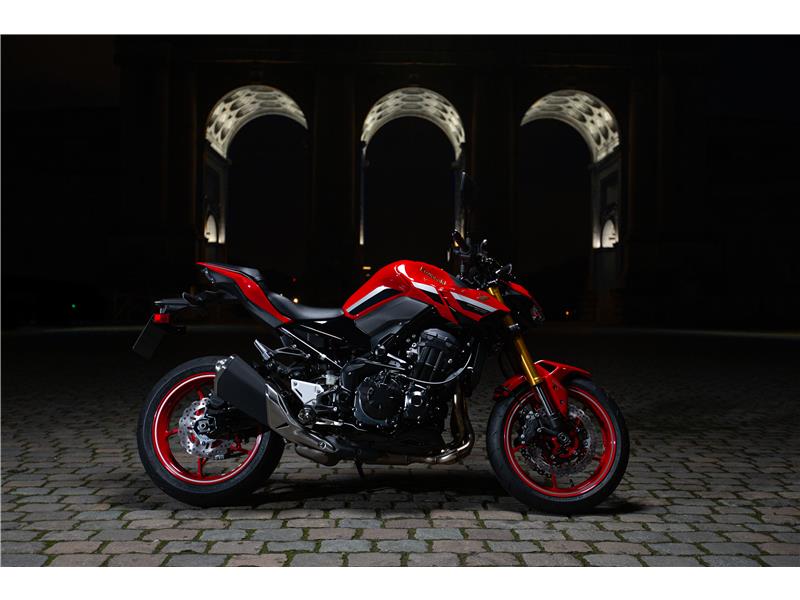 The new 2022 Kawasaki Z900 50th Anniversary continues the legendary Z series in style with an exciting 125PS 948cc 4-stroke engine in a sublime handling chassis. To celebrate the 50th Anniversary of the Z series, this special edition carries firecracker red paint and more subtle and stylish touches. The Z900 is further refined with modern features such as traction control, TFT screen, riding modes, power modes and even bluetooth connectivity, delivering the ultimate street bike experience for the city or the country. The Z900 is the latest iteration to carry the edgy sugomi styling that Kawasaki is renowned for, the sharp body lines and full LED lighting create a style that looks like it's straight from a Japanese anime film.

As a top Kawasaki dealership in Suffolk, Orwell Motorcycles stock the popular Z900 50th Anniversary model. This striking looking machine is popular with new and experienced riders alike thanks to the clever traction control and riding modes, it can be as wild or as tame as you like, the perfect bike to develop your riding on. If you're interested in taking the Z900 out for a test ride, or would like to discuss finance options or perhaps a part exchange, then please contact a member of our experienced and friendly Kawasaki sales team today.

In order to reserve this Kawasaki Z900 50th Anniversary, you can place a fully refundable deposit of £99. Simply click on the the button below to proceed via a secure, one time and fully refundable payment of £99.