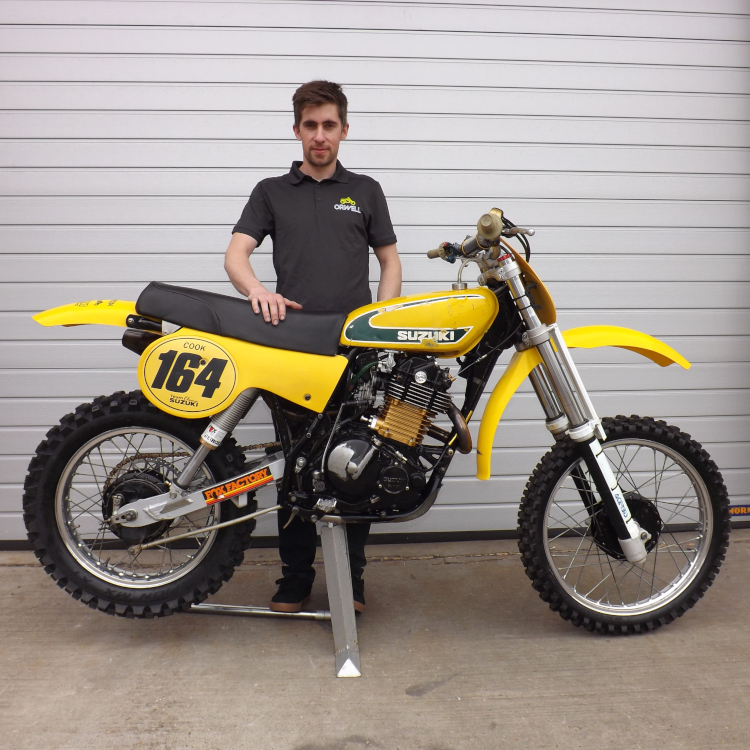 Sam Cook, one of our workshop technicians, is flying high in a motocross race series for old bikes on a machine he built and adapted.

After two rounds of three races, at Badby and Long Buckby in Northamptonshire, out of a total of seven, he is leading the way. He and his trusty Suzuki have won several races against some serious motocross machines such as a Honda Red Rocket and Maicos.

He has been riding motocross for eight years but this is his first year in this series and his four-stroke bike is proving very competitive against the traditional two-strokes of the time.

Having not got into the series last year, which has some 200 riders but only about 40 take part in each round, he spent that time honing his bike and practising.

“I had no idea how I was going to do. There were some pretty good motocross bikes built at that time and mine is a 1981 trials bike so we have been doing quite well.

“I love the bike and have really gelled with it,” he said.

“It’s nice to ride and race something that I built myself and the fact it’s doing well is great.”